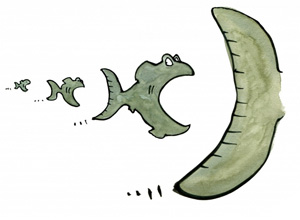 While most aspiring bankers are looking to join the bulge bracket firms, these boutique investment banks offer interesting opportunities.

Are they worth pursuing, and which are the top firms in this niche?

The List of Boutique Investment Banks to Watch this Year

Classic “elite” boutique investment bank. Multi-industry and advisory services and investment management firm that’s been around since 1996. It has a very close-knit culture. Moral is high as the firm landed on multiple high-profile deals in the last few years.

Evercore continues to expand with the acquisition of ISI Group in 2014.

Another boutique investment bank, also founded in 1996 by Morgan Stanley veteran Robert Greenhill. The firm has a sharp focus working on only advisory work including M&A, restructuring and capital raising advice. Essentially 100% levered to the M&A cycle.

Greenhill is also in expansion mode and acquired Cogent Partners in 2015.

Boutique firm recently founded in 2006 by Morgan Stanley and Goldman top rainmakers. They focus on advisory with specialties in M&A but they have also raised US$1 billion for their asset management business.

Note: Joel Cohen retired in 2009. Mixed views on whether this has affected the deal flow at Sagent.

Focuses on Restructuring and reorganization.

Update: Miller Buckfire was acquired by Stifel Financial in 2012.

Formerly known as Broadpoint Gleacher and Gleacher Partners, the firm is founded by Eric Gleacher, founder of the M&A Department at Lehman. It is known to have a frat boy, work-hard-play-hard culture.

Update: Gleacher & Co. disbanded its investment banking business in 2013 and its assets were liquidated in 2014.

Known for Open IPO auction process that is claimed to be superior to traditional IPOs (they took Google public).

Update: Thomas Weisel was aquired by Stifel Financial in 2010.

Broadview was a boutique laser-focused on the tech sector — now acquired and a division of Jefferies Group.

A Midwest, Middle market firm (similar to other regional banks they won’t hire you unless you convince them that you WANT to stay in the Midwest).

These top boutique i-banks often have interesting specialties and niches to differentiate from the big guys. But then, as you see from the above list, it’s hard to survive without the balance sheet and full-service offering, and many have since bought or even closed down.

The financial markets have been on roller-coaster for a few years, and it’s yet to see when the uncertainty will clear. The stability of these boutique investment bank is a consideration when you look for a job.

Overview and interview tips for: