CAIA Exam Pass Rate 2015: What We Can Learn from These Statistics

One of the practical considerations on whether to tackle a professional exam is the pass rate. You don’t want to go through one with very high percentage as the designation won’t get the respect from the business community. At the same time, you certainly don’t want one with ridiculously low percentage because you want a fair chance to pass the exam.

The CAIA exam pass rate has been available since 2006. 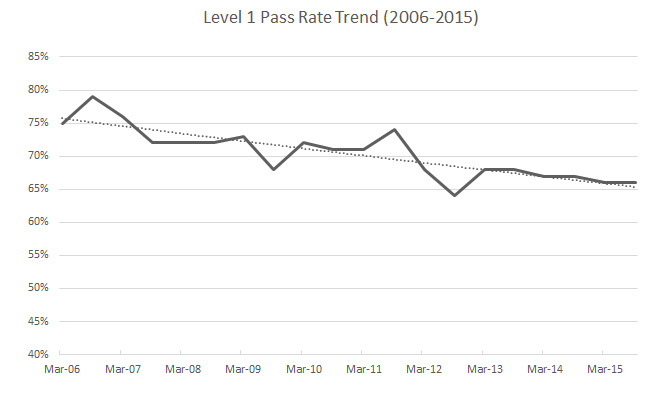 The Level 1 exam enjoys a high passing rate although it is trending lower in recent years. I believe this is a normal process to adjust the difficulty of the exam. A 75-80% passing rate is probably too high and may negatively impact the reputation of the program.

Also, the candidates in the first few years are likely seasoned professionals in the field and it is expected that they can get a passing score. As the program gains popularity and other candidates with non financial background take the exam, the passing rate will inevitably be lower.

In any case, the latest CAIA exam pass rate in 2015 is an encouraging and healthy pass rate at 66%. 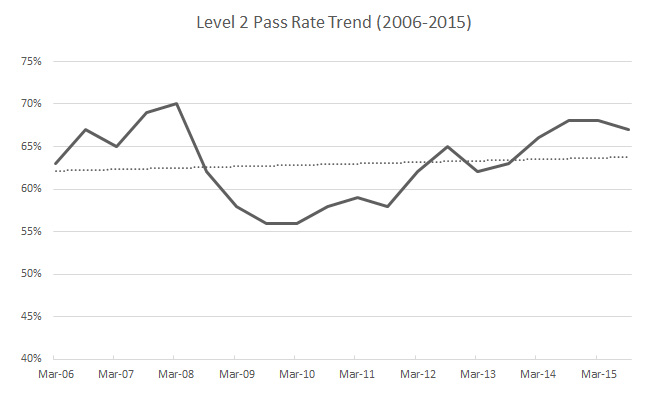 The passing rate for Part 2 is considerably lower than Part 1 a few years but has caught up and reached a similar level of 67% in 2015.

I was told that more than 40% of candidates are able to pass both CAIA Level I and Level II exams on first attempts.

What Does It Mean?

The exams are still relatively easy when compared to other professional designation. This is understandable given its relatively short history. As CAIA builds its reputation, I expect the pass rates to go lower. If you have the time and commitment to get this done, I would recommend you do this sooner rather than later!

CAIA vs CFA: Competing or Complementary? Which is Better?